The buzzy news out of yesterday’s Sony Pictures Animation was two-fold. First, their upcoming animated Spider-Man movie would feature not Peter Parker but Miles Morales, the half-black/half-Hispanic teen who took over for a (temporarily) deceased Parker in the Ultimate Spider-Man books back in 2011 before finding his way into the “regular” 616 Marvel world.

I went into some detail on that yesterday. The other news that had everyone talking was the announcement that Patrick Stewart would be co-starring in The Emoji Movie as the voice of the poop emoji. This was oddly treated as a surprise from those who don’t remember or know that he has worked with Seth McFarlane for over a decade on American Dadand narrated the Ted movies. Point being, Stewart has a history of self-aware humor at the expense of his regal reputation.

Most the hour-long presentation focused on the upcoming Smurfs: The Lost Village. This third Smurfs movie will be entirely animated and disconnected from the previous live-action/animated hybrid offerings from 2011 and 2013. The footage we saw had our heroes traveling to a Pandora-like world, which is ironic/amusing if you remember that we all called Avatar “Dances with Smurfs” before it opened to rave reviews and record-crushing box office. 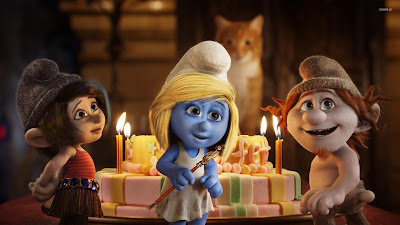 The big news for that April 7th release is that we would meet a new group of female Smurfs, voiced by Elle Kemper, Michelle Rodriguez, Ariel Winter and Julia Roberts. So, this Smurfs movie won’t suffer from “Smurfette Syndrome.” The visuals look gorgeous, and the character designs do look closer to the original Pierre Culliford designs. I’m not going to pretend that I’m foaming at the mouth, but it looks noticeably less punishing than the first two films, films that even my kids didn’t want to see in theaters at the time. 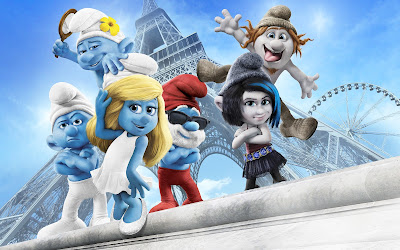 Of note, even if it was arguably just nostalgic curiosity, the first Smurfsmovie earned $563 million worldwide back in 2011, meaning it was the biggest-grossing animated film of the year in a year filled to the brim with animated product. The sequel made “just” $347m in 2013, which is the kind of come down that a $105m-budgeted sequel can arguably live with. The April 7th release date is a toughie as it’s one week after The Boss Baby (said trailer played like gangbusters in front of Rogue One) although I don’t think Open Road’s Spark will be much in the way of competition. 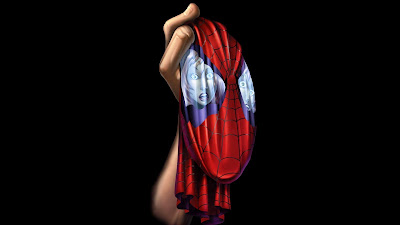 The untitled Spider-Man toon was represented by a very brief sizzle reel introduced by Chris Miller and Phil Lord. The footage was a little shocking, looking less like a traditional animated feature and more like a psychedelic graphic novel come to life. But otherwise, the big news is that the film in question, due in theaters Dec. 21, 2018, will star Miles Morales. No word on who will voice the character or much of anything else about the by Bob Persichetti and Peter Ramsey-directed picture. 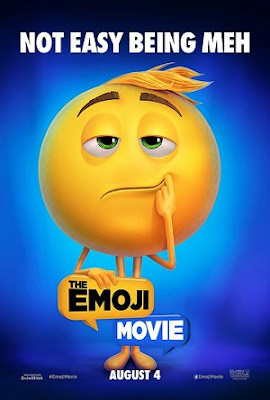 The other “big” presentation was for the aforementioned The Emoji Movie. The film has been tagged as the harbinger of the cinematic apocalypse, and director Tony Leondis empathized. “I know what you’re thinking… What the f***?”
The film itself plays like a variation on Divergent, where a society of in-phone emojis are born with a single expression, and yet our hero is born with all possible expressions. The film eventually becomes a road trip with Gene and his friends traveling from one app to another to find a way to “fix” him, with the overall moral (Must I change myself to belong?”) obviously resonating with any would-be societal outcast. But otherwise, the movie is basically what you’d expect from an Emoji Movie. It opens Aug. 4, 2017. 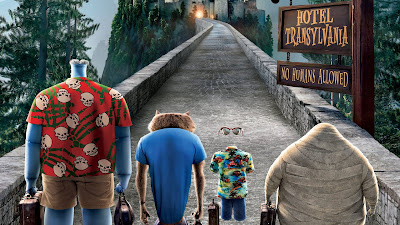 We didn’t get any footage from Hotel Transylvania 3 (Sept. 21, 2018), but we did get word of an episodic television show alongside the movie coming this summer and a bit about the plot (the family takes a cruise together). Director Genndy Tartakovsky claims he didn’t commit to the third film until he hit upon the family vacation idea, and his return makes Hotel Transylvania the rare animated trilogy to have the same director all three times at bat. 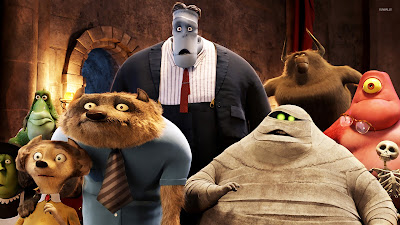 I liked the first two much more than I was expecting (Adam Sandler seems well-served by the family-friendly limitations), so I’ll be looking forward to this one. Oh, and we’ll be getting a Hotel Transylvania short attached to The Emoji Movie this summer entitled “Puppy” about the family coping with Dennis’s monster-sized new pet.
They also discussed, rather briefly, Vivo, a new animated musical coming on Dec. 18, 2020, courtesy of (among others) Lin-Manuel Miranda and directed by Kirk DeMicco (The Croods). But the most interesting project of the bunch, if only because it stands out from the pack, is The Star. The film is a faith-based animated story of the birth of Jesus told from the point-of-view of the various animals.

The film will be directed by Timothy Reckart and executive produced by DeVon Franklin as well as Lisa and Brian Henson. Sony has had a great run of late with wholly commercial faith-based movies, ones (mostly) more rooted in Veggie Tales Christianity than persecution-complex fantasies. We saw some artwork, but no footage and this “unlike anything else in the marketplace” offering should be one to watch when it opens Nov. 10, 2017
Posted by Animation-Startup