The Boss Baby By DreamWorks Animation 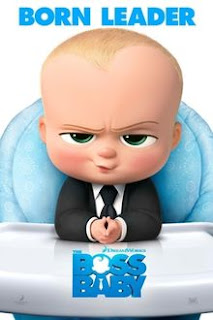 This film might be the most different movie ever made. DreamWorks Animation invites us to meet a most unusual baby. He wears a suit, carries a briefcase, speaks with the voice and wit of Alec Baldwin and prefers sushi over milk. The Boss Baby is a hilarious story that revolves around a new baby’s arrival in a family and how it impacts the entire family, told from the point of view of his older brother a 7 year old Tim. 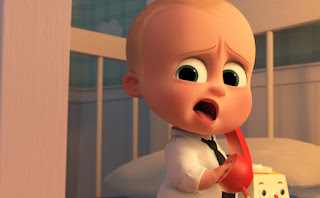 The Boss Baby is an upcoming American 3D computer-animated comedy film loosely based on the 2010 picture book of the same name written and illustrated by Marla Frazee. Produced by DreamWorks Animation, the film is being directed by Tom McGrathand written by Michael McCullers. It stars the voices of Alec Baldwin, Miles Bakshi, Steve Buscemi, Jimmy Kimmel, and Lisa Kudrowwith Tobey Maguire as the narrator. The Boss Baby is scheduled to be released on March 31, 2017 by 20th Century Fox.


On June 12, 2014, DreamWorks Animation announced plans to release the film on March 18, 2016, with the film being directed by Tom McGrath. On September 30, 2014, Alec Baldwin and Kevin Spacey joined the film, Baldwin would play a baby and Spacey would play the villainous role. Ramsey Naito and Denise Cascino would produce the film based on a script by Michael McCullers. On December 11, 2014, it was announced that The Boss Baby had been removed from the schedule and replaced with Kung Fu Panda 3, with a new release date yet to be announced.On January 22, 2015, the film's release date was pushed back to January 13, 2017, and in September 2015, further back to March 10, 2017, taking over the Captain Underpants date. In June 2016, more casting was announced, including Buscemi replacing Spacey,and the release date was pushed back again to March 31, 2017.The first official trailer debuted in theaters on 15th October 2016 on the international release of Trolls, a few days later the trailer was officially released online.
Posted by Animation-Startup