Lighthouse, which is expected to create over 140 jobs in the next three years, is a partnership between Ottawa, Canada’s Mercury Filmworks, and Kilkenny, Ireland-based Cartoon Saloon. The new studio will also be located in Kilkenny, which now makes the small town of 25,000 something of an animation hub, with two significant animation studios. 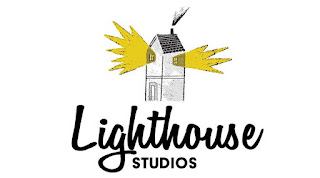 Cartoon Saloon is the company behind the Oscar-nominated films The Secret of Kells and Song of the Sea, and is currently wrapping up on its next feature, The Breadwinner. Meanwhile, Mercury has made its reputation in recent years as Disney TV’s go-to service provider for top-shelf productions, among them The Lion Guard, the Mickey Mouse shorts, and the upcoming Tangled series. The studio recently spearheaded its own series Atomic Puppet, now airing on Disney XD.

The new Lighthouse partnership, supported by Ireland’s Department of Jobs, Enterprise and Innovation, will develop children’s and family animated content and provide end-to-end production services, from script writing, design, storyboard, animation and compositing to post production services. The studio’s 2D production pipeline, which will include some CGI intergration, will mirror Mercury’s Canadian operation, which means that it will rely primarily on Toon Boom Harmony.

Lighthouse will operate autonomously with its own management team, and report to a board of directors comprised of executives from both Mercury and Cartoon Saloon.

“We have enormous respect for Cartoon Saloon and could not be happier to announce this collaboration,” Mercury Filmworks CEO Clint Eland said today in a statement. “They are one of today’s most creative and well respected animation companies with goals, perspectives, and philosophies that complement our own. Conceived as a studio with its own unique identity, Lighthouse Studios is neither wholly Mercury Filmworks nor Cartoon Saloon, but rather the best parts of each, transplanted in the rich Irish soil and nurtured by its own talented team of artists into a studio with its own unique and distinct creative perspective.”

Lighthouse will soon announce development and production projects, as well as launch a hiring initiative to bring aboard production management, as well as designers, animators, compositors, technical directors, 3D modelers, riggers, lighting, and texture artists, among other roles.