London-based content distribution company Media I.M has closed another series of high-profile deals for its Belarus-originated show Sunny Bunnies (52 x 3.5 mins), which has now been sold to broadcasters across U.S., Europe, Middle East, Africa and Asia-Pacific 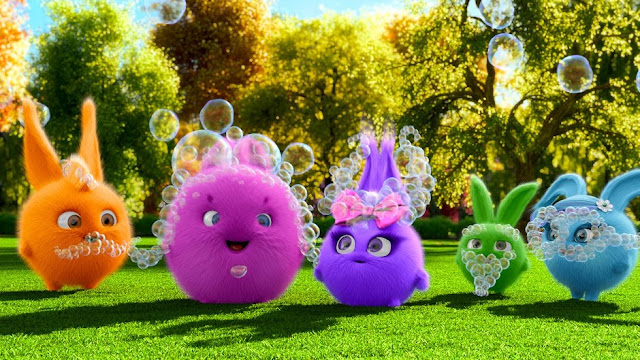 Disney Junior in the U.S., Disney CEEMEA (CEE, Middle East, Africa), Disney Spain and Disney Japan have all licensed Sunny Bunnies, guaranteeing that the non-dialogue CGI animation comedy for four- to seven-year-olds will roll out into more than 130 territories in 2017.

This latest round of Disney deals follows on the heels of sales to Disney Channel in Russia and CIS, Disney Junior for multiple Asia-Pacific markets and to Canal Panda in Portugal. Under the new three-year deals, the first season of Sunny Bunnies will launch on Disney Junior in the US in 2017, on Disney’s CEEMA channels in all territories, on Disney Channel in Turkey and across free and pay TV Disney Channels in Spain and Spanish-speaking Andorra. Disney Japan, meanwhile, has taken the exclusive rights to 52 x 3.5 mins of the series in a deal that marks Sunny Bunnies’ TV premiere in the territory.
Media I.M’s representation deal with Sunny Bunnies creator, Belarus’s Digital Light Studio, has made Sunny Bunnies the most successful Belarusian IP ever in terms of global reach. Under the deal, Media I.M. has the exclusive worldwide rights to the series outside of Russia, CIS and China.
“The response to Sunny Bunnies has been unprecedented for a show from a relatively unknown studio from a country which is not known for its TV productions,” said Maria Ufland, co-founder and joint MD of Media I.M. Incorporated. “The deal with Disney in so many territories is a massive vote of confidence for this show, proving that excellent quality original content can come from any place. We believe that Sunny Bunnies will be a global hit and are delighted that our gut feeling that this show is truly something special is proving right. It’s given us a huge impetus to continue to seek further quality content in unexpected places.”
The Sunny Bunnies are five beaming balls that can appear anywhere there is a source of light, from sunshine to moonlight. In each episode, the cheeky creatures bring their fun and games to a different location -- a circus, a sports stadium, a park -- embarking on mischievous adventures and spreading laughter and happiness. And at the end of every episode, the fun continues with a collection of bloopers.
Source: Media I.M. Incorporated, Ltd.
Posted by Animation-Startup