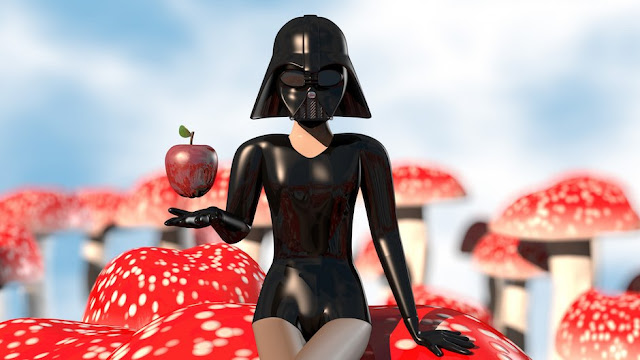 Here’s a great example of just how full of shit or naïve or maybe stupid I can sometimes be. I’ve always tried to champion films that had interesting, strong ideas/concepts no matter how pretty or beastly they look. I’ve never said that looks don’t matter, but at the end of the day, if there aint no soul, the work - no matter how well made – will eventually fade from memory into those cultural dustbins of history. To be fair, there are also some films that are such conceptually convoluted wankfests that it can feel like the audience is an afterthought.
Having said that… it’s entirely conceivable – given that the OIAF (the festival where I work when I’m not here educating you kids) hasn’t accepted his films - that I dropped the ball with the work of autodidact animator, Faiyaz Jafri.

Contenders in the animated feature, animated short and visual effects categories share their initial reactions to their nominations for Oscar gold. 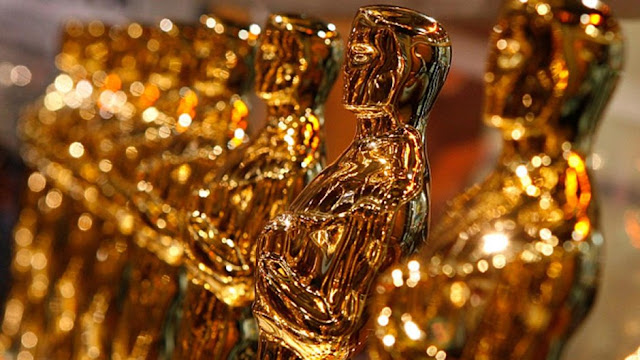 As the initial buzz of this morning’s Oscar nomination announcements subsides a bit and we settle back down to work, it’s important to congratulate not only the nominees, but the large group of talented artists whose names unfortunately didn’t make this year’s Academy list.
The 2016 field of animated and VFX-driven films was one of the strongest ever, and any name on the shortlists would have been a worthy choice in its respective category. In fact, these films have already won or been nominated for numerous top industry awards — including the Annie Awards, the VES Awards and the BAFTA — in addition to the literally hundreds of festival awards won over the course of the past year.
Collectively these films, and the teams of dedicated artists who toil for years to bring such a diverse group of stories to the screen, represent some of the best work ever done. And while its natural for some to see snubs where others see excellence rewarded, AWN’s attention and commentary always remains focused on the artists, the studios and tireless effort of so many people dedicated to challenging, inspiring and entertaining audiences around the world.
So on this fine Oscar nomination morning, we’ve spent the last few hours tracking down almost every nominee in the animated feature, animated short and visual effects categories to get their initial reaction — they join an exclusive group of artists who’ve been recognized by the Motion Picture Academy for being the best in the business. Now we wait to see who takes home Oscar gold this February 27th.
ANIMATED FEATURES
Kubo and the Two Strings

“I’m over the moon! An Academy Award nomination is an extraordinary and cherished gift. Two nominations is more than anyone could hope for. Every filmmaker dreams of a moment like this. But the truth is, I already lived my dream by making this film. Movies have always given me great joy. They enriched my life. They inspired me to dream. That’s the kind of film our team at LAIKA sought to make with Kubo and the Two Strings. A film is a slice of a hundred souls. In this case many more. An incredible, immense community of artists gave ceaselessly and selflessly to breathe life into this story. I’m so thankful for their talents and efforts and so proud of what we’ve done together. I’m profoundly grateful to the Academy of Motion Picture Arts and Sciences, who somehow saw fit to include us among the finest storytellers in film. It is a tremendous honor to stand alongside them.”
— Travis Knight, director and producer of Kubo and the Two Strings
Moana 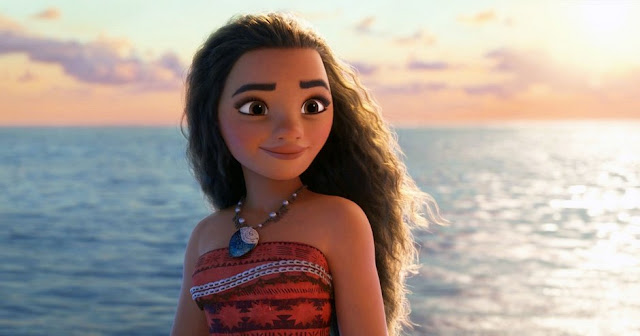 “Hello, and a grateful ‘Thank you, Academy!’ from Sweden, where we are currently promoting Moana. We’re beyond honored and excited – for the film, for all of our colleagues at Disney Animation, and also for Lin-Manuel and his nomination for ‘How Far I’ll Go,’ which perfectly captured Moana’s spirit of adventure and exploration.”
— Moana directors John Musker and Ron Clements and producer Osnat Shurer
“Thank you to the Academy of Motion Picture Arts and Sciences – thank you so much for this honor. I spent a good chunk of my childhood memorizing Billy Crystal’s musical Oscar monologues, so this is insane. Seeing The Little Mermaid changed my life at nine years old, so to work with its directors Ron Clements and John Musker on Moana has been a dream come true. I share this humbling honor with them, my Moana songwriting partners Opetaia Foa’i and Mark Mancina, and the entire Disney family. Congratulations to all this morning’s incredible nominees. And future congratulations to the kids watching the telecast this year, singing along with their favorite songs, performing epic private concerts for the mirror with a comb or a toothbrush microphone. You’re next.”
— ‪Lin-Manuel Miranda, “How Far I’ll Go” composer
My Life as a Zucchini 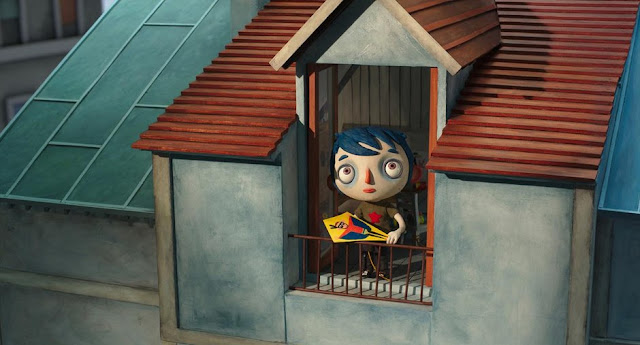 “To see My Life as a Zucchini nominated as one of the world’s five best animation films is a rare and incredible feeling. Our foremost wish was to tell a story to children, one that teaches them not to be afraid, not to respond to violence with violence and to break down the walls that prevent us from sharing our differences. The way in which the film and its message have been received have completely overwhelmed us. We have to thank all of those who created this film with much love. To receive such love in return today is the most beautiful of rewards for all of us. We would like to share this honor with all of those who supported us in Switzerland, in France, in Europe and now in the United States.”
— director Claude Barras
“For my part, I’m thrilled with the nomination. While it’s a special and grateful feeling every year, this year is particularly meaningful because it was one of the strongest animated feature lineups I can remember. To have My Life as a Zucchini honored in such company is a real honor, and we hope audiences nationwide will soon have a chance to discover the film for themselves.”
— GKIDS president David Jesteadt
The Red Turtle 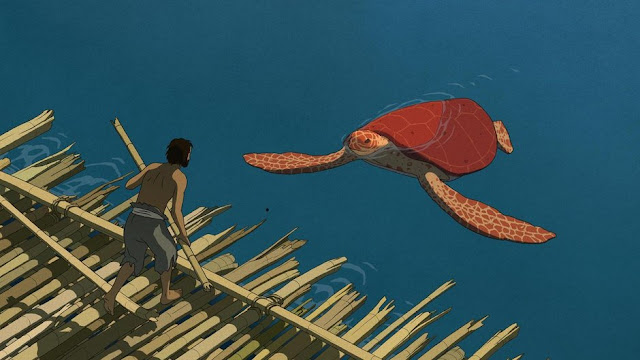 “I’m delighted that our animated feature film The Red Turtle has been nominated by the members of the Academy! It’s fantastic! What an amazing honor for all of us who worked on the film with so much dedication and so much passion.”
— Michael Dudok de Wit, director of The Red Turtle
Zootopia

“We want to thank the Academy for honoring the hard work and passion that each and every artist put into Zootopia – the film, and its message of unity in a complex world, has been recognized in ways we couldn’t have possibly imagined.”
— Zootopia directors Byron Howard and Rich Moore and producer Clark Spencer
ANIMATED SHORTS
Blind Vaysha 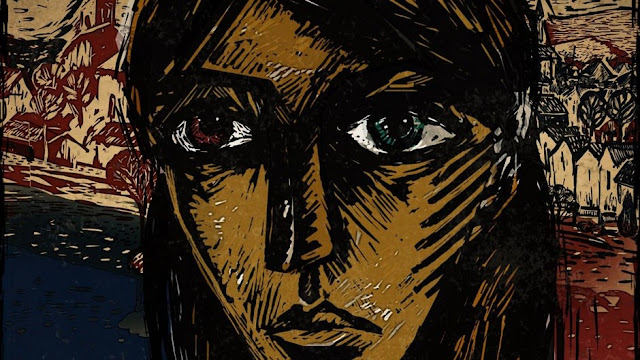 “It's all amazing. I'm so happy that in those dark times ahead of us, the Academy recognizes the diversity and different approach in the art of animation.”
— Blind Vaysha director Theodore Ushev
Borrowed Time

“We set out six years ago to make a very different film from Borrowed Time. We stumbled and failed and picked each other up along the way, with the goal of simply making something that would find its audience. What started as a group of friends making a film for the love of it has turned out to be the journey of a lifetime. Never was the prospect of attending the Oscars in our minds. But here we are. We are so deeply grateful for this nomination!”
— Directors Andrew Coats and Lou Hamou-Lhadj and producer Amanda Deering Jones
Pear Cider and Cigarettes 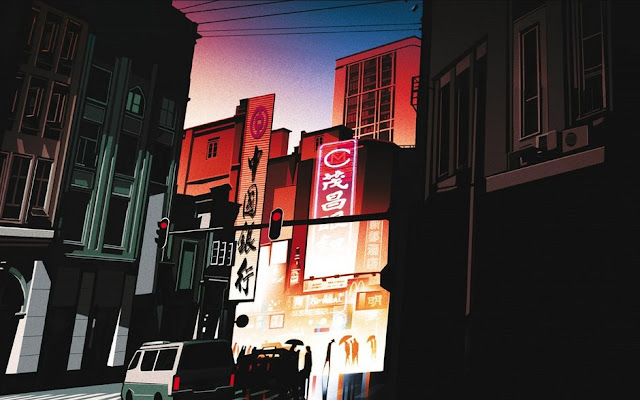 “We're completely thrilled and delighted at the news obviously! Our film seems like a bit of an outsider in this race — in almost all areas — so this was a very unexpected result!”
— Pear Cider and Cigarettes producer Cara Speller
Pearl 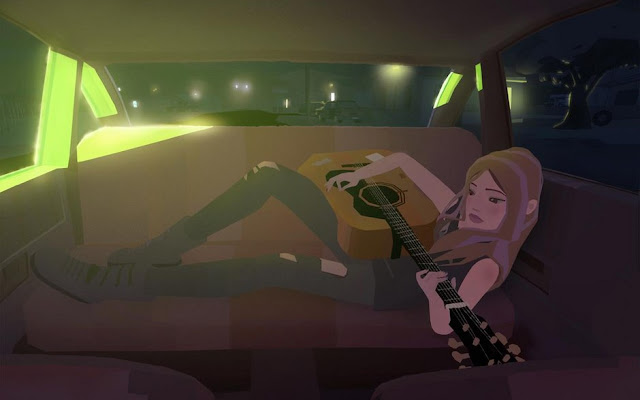 “I continue to feel proud of the world wide team of artists and coders that made PEARL a reality. Thanks especially to the pirates of Google ATAP for rallying behind our little labor of love and thanks to the Academy for this morning’s recognition!”
— Patrick Osborne, Director of Pearl
“We are incredibly honored by this morning’s nomination of our Pearl. Pearl is dedicated for all parents and those that create beauty and possibility out of everyday life. Thanks to the Academy and the heart and spirit behind Google Spotlight Stories and our global crew that made it possible.”
— David Eisenmann, Producer of Pearl
Piper 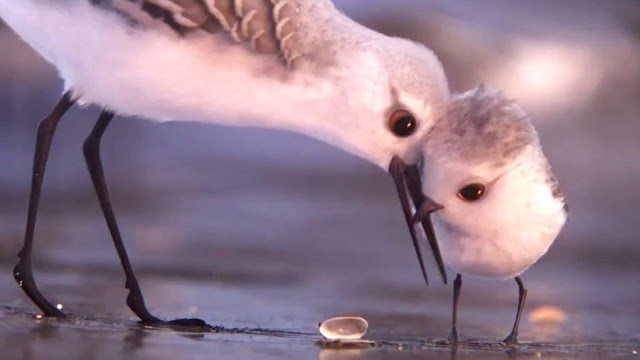 “I was watching my kids grow, learn and take brave steps in the journey of growing up when the idea for Piper came to me. Since bringing it out into the world, I have realized Piper is very much like a child to me, and I’ve watched with awe as it has been embraced by audiences worldwide. Now, to be recognized with a nomination is truly humbling. To the Academy, and all those that have helped shepherd Piper along her way, I am truly thankful.”
— Piper director Alan Barillaro