Shyama Maa Media House is one of the leading Production House in Central India with a team of more than 10 years of experience in animation Industry. We are planning to expand our horizon and  thus looking out for hiring passionate enthusiasts who would like to work with us and be a part of our growing, energetic family.
We are looking for professionals for following designations:

Interested creatives might apply by sending CV at shyamamaa@outlook.com along with the link to show reel/portfolio mentioned in the mail.

We require creative minds who really love their work and are committed to produce world-class output.

If you fit the bill or if you know someone else, who does, spread the word and drop us an email.
Posted by Animation-Startup No comments:

The polish pass refers to the very last step in an animation. This is the point when an animator will add in the very small finishing touches to the work. Things like eye movements, finger adjustments, tracking arcs, etc. are all usually animated in the polish pass after all of the main movements have been finalized. 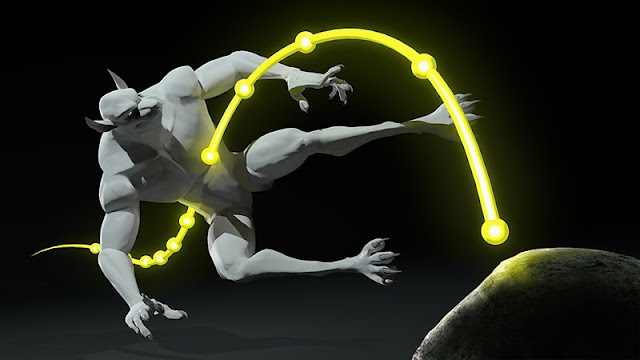 What is The Future of Dreamworks Animation? A Few Thoughts on What’s Happening

The news yesterday about Chris deFaria taking over the top role at Dreamworks Animation raised a lot of eyebrows in the animation world. Why is a guy who made his reputation in vfx taking over a character animation studio?

We don’t have any official answers at this time, but if there’s one thing I’ve learned in all these years covering animation, it’s that Occam’s Razor usually applies, and the simplest explanation is often the best one.
In this case, the reason for deFaria’s hire was made pretty clear in the statement from Universal Pictures chairman Donna Langley announcing his appointment:
“Chris deFaria is ideally suited for this role. He has excellent creative instincts, a strong business sense, deep relationships and most importantly, a proven ability to harness technology to push the boundaries of animation and innovative, hybrid filmmaking.”
Take note of that last part. Langley draws a clear distinction between animation, which is Dreamworks’ specialty, and the newer concept of ‘hybrid filmmaking,’ a still-murky term that simply means combining animation, vfx, and live-action techniques to build a world that still ‘reads’ to audiences as live-action.
Though anything from Rogue One to Fantastic Beasts and Where to Find Them could be labelled a hybrid, the clearest example in the past year has been Disney’s The Jungle Book, a film that was conceived largely through animation and vfx, yet still viewed as live-action by the general public. (DeFaria’s own executive resume includes plenty of such ‘hybrid films,’ notably Gravity and Where the Wild Things Are.)
What other clues do we have that suggest Dreamworks’ new owner, Comcast/NBCUniversal, is pushing the company in a new direction? Well, besides deFaria’s previous title at Warner Bros.—president of technical innovation—there is one other big clue, and that’s the newly enlargened role of Chris Meledandri, founder and CEO of Illumination Entertainment, which has an exclusive financing and distribution partnership with Universal.
Meledandri, whose red-hot Illumination produced both Sing and The Secret Life of Pets, had reportedly been ambivalent about becoming too involved with Dreamworks after Comcast-NBCUni’s acquisition. It was an understandable position for him to take considering that Illumination and Dreamworks produce a similar brand of lighthearted, family-oriented animated features, one successfully and the other not so much.
That changed yesterday, however, when Universal announced that Meledandri was officially coming aboard as a senior advisor to Dreamworks.
The reasonable conclusion here is that Universal, very likely with Meledandri’s own input, realized that they don’t need two animated studios making the same type of film, especially when Meledandri’s Illumination brings in animated features at almost half the cost of Dreamworks’ product. Nevertheless, Dreamworks has a sophisticated technical pipeline already set up and a deep bench of talent, so it doesn’t make sense to dismantle the studio entirely. Then why not change course and push Dreamworks in a ‘hybrid filmmaking’ direction? Or, so I believe is the thinking.
There is recent precedent for two animation studios joining under one corporate roof, and that’s Disney’s takeover of Pixar in 2006. Like the current Illumination-Dreamworks situation where one studio is enormously successful and the other is on life support, so was the situation when Disney bought Pixar. Most people at the time felt that the Disney Animation studio’s glory days were behind it, and that they would be unable to catch up to Pixar with their tepid output of the time that included Home on the Range and Chicken Little.
Fast forward a decade later, and both Walt Disney Animation Studios and Pixar are buzzing along at a torrid pace. Three of the top five grossing animated films in the United States last year were produced by Disney (two by Disney Animation and one by Pixar). Ironically, what turned out to be the key for Disney to differentiate the output between its two studios was to put the same people in charge of both operations, Ed Catmull as president and John Lasseter as chief creative officer.
Universal doesn’t seem to be using the same exact playbook strategy as Disney’s—and, of course, there are other models too for a two-studio scenario, like the animation creator/service provider model of Sony Pictures Animation and Sony Pictures Imageworks—but what’s clear is that Universal recognizes (as nearly everyone else does) that Dreamworks Animation is not sustainable in its current iteration. Whether they’re able to turn things around successfully remains to be seen, but it’s clear that they’ve got a plan to rebrand Dreamworks as something other than its current formulation.
Read More:
startupanimation.blogspot.com
Posted by Animation-Startup 4 comments:

The 28th Annual Producers Guild Awards were held this evening at the Beverly Hilton hotel in Los Angeles.

Zootopia and its producer Clark Spencer won the award for outstanding producer of an animated theatrical motion picture. It marks the 9th time in 11 years that a Walt Disney Company-produced animated feature has won the award.
The Producers Guild has a detailed guide that explains the role of an animation producer, but when it comes to judging how well a producer performed their role, the group almost always rewards Disney producers over producers at other studios.
This year, the PGA’s biggest challenge was deciding which Disney Company-produced film would win their award since 3 of the 5 nominees were produced by the Mouse. The other nominated producers were Lindsey Collins (Finding Dory), Arianne Sutner and Travis Knight (Kubo and the Two Strings), Osnat Shurer (Moana), and Chris Meledandri and Janet Healy (The Secret Life of Pets).
The Producer’s Guild also gives an award for outstanding children’s program. The award was won by season 46 of Sesame Street. The other nominees were Girl Meets World (Season 2, Season 3), Octonauts (Season 4), School of Rock (Season 1), and Spongebob Squarepants (Season 9)
Posted by Animation-Startup No comments: