Breaking joints basically refers to rotating joints in the opposite direction to its normal bending. In the real world this wouldn’t be physically possible without actually breaking a joint. In animation bending the joints in the opposite direction will add a lot of flexibility to a movement, and is typically used for a more cartoony style animation. Since you’re only breaking the joint for a frame or two when played back at full speed it isn’t noticeable. It is closely related to the principle of overlapping action, but applied to an entire chain, like an arm for instance. 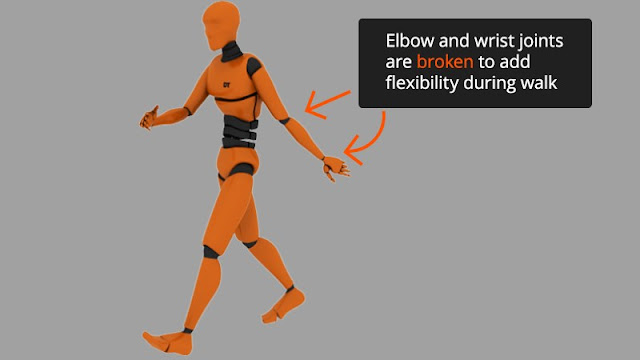 This year, two of the five Oscar-nominated animated features—My Life As A Zucchini and The Red Turtle—are European co-productions. That should hardly be a surprise. European feature animation is currently booming, and has plenty of room for growth in the coming years.

A key event for getting perspective on what’s happening in European long-form animation is Cartoon Movie, set to take place next month in Bordeaux, France between March 8 and 10. Fifty-five animated projects have been selected to be presented at the upcoming edition.

Cartoon Movie presents films in various stages of the production cycle, from concept and development through production, and even fully-completed films. The pitching and co-production forum, now in its 19th year, is where European producers often find financing, co-producers and distributors for features. Over 265 animated films that have been pitched at Cartoon Movie over the years have secured financing and release.

To understand Cartoon Movie, one has to first understand the key financial distinction between American and European animated features. In the U.S., most of the major animated films (Laika being the notable exception) are produced within a studio system, where one of the major entertainment corporations will put up all the money to make a film. European financing is less straightforward; film budgets are usually cobbled together from a complicated system of co-productions where different producers, distributors, and broadcasters (often in different countries) each put up a portion of the budget.

Both systems have advantages and drawbacks, but the key advantage to the European system is that there is more opportunity for variety in animated filmmaking. Average European budgets are a tiny fraction of average American animated features, which not only allows for more films to be made, but also allows producers to take risks without the looming fear of failure. For example, the Oscar-nominated My Life As A Zucchini, a Swiss-French co-production cost just US$8 million, whereas Disney’s Zootopia cost $150 million. While Zucchini won’t ever come close to matching the gross of Zootopia, at 1/19th the cost, it doesn’t need to put up blockbuster grosses to make back its money.

For a long time, European producers tried to replicate American-style animated features on European budgets, which resulted in films that were derivative and subpar. But that formula has begun to change in the last decade, and increasingly, European producers are making films that have unique graphic styles and content designed from the ground-up for lower budgets.

As part of that trend, producers are also exploring thematic concepts and stories that go beyond family-friendly fare typically associated with animation. These trends are fully evident among Cartoon Movie’s selections this year, where around one-third of the 55 projects are targeted at teen and adult audiences.

Ghost Recon: Wildlands is getting a companion documentary

One of the big announcements from Ubisoft at E3 2015 was Tom Clancy's Ghost Recon Wildlands. Here's what you need to know including release date rumours, leaked gameplay information, price, platforms and the offical trailer - including how to sign up for the beta and play the game early.

One of the many big titles to be announced back at E3 2015 was Tom Clancy's Ghost Recon Wildlands by Ubisoft. The open world first person shooter was received with a warm welcome and here's what you need to know including the latest Ghost Recon Wildlands release date rumours, pricing, platforms, gameplay details and the official trailer.

After numerous delays, the Ghost Recon Wildlands release date is 7 March 2017 so there's not long to wait.

Despite no Ghost Recon Wildlands release date, you can already pre-order the game which will launch on PC, Xbox One and PS4 – Xbox 360 and PS3 owners will have to upgrade, sorry! Prices start at £44 from Amazon with the usual pre-order price guarantee.

If you're committed enough you can also pre-order Ghost Recon Wildlands: Gold Edition, which Amazon has for £74.99. That includes a DLC season pass for the planned two major expansions to the game, along with extra free content such as The Huntsman rifle and motorbike, an XP booster, and a selection of emblems, weapon camos, and character customisation items.

The game itself may not be out until March, but that doesn't necessarily mean you have to wait until then to play it. Ubisoft has opened registration for an upcoming beta, which will give some lucky players the chance to test the title for free ahead of the full release.

The beta will run from 3 February to 6 February across PS4, Xbox One and PC, with a data pre-load from 1 February. The beta will let you play the game solo, or test out the online co-op with up to four players.

If you want to sign up you have to head to Ubisoft's beta registration page and either sign in with an existing Ubisoft account or set up a new one. If you've played The Division, Watch Dogs 2, or a recent Assassin's Creed then you should already have an account, but if not it's simple to set one up by linking it to your PSN, Xbox Live, or Facebook account.

Once that's done, you'll have to select which platform you want to play the beta on (PS4, Xbox One, or PC) and make sure you have an email address set up - that's how you'll get your beta code. The best news is, as long as you get a code, you can invite up to three friends to join you in the game and test it out together.

Tom Clancy’s Ghost Recon Wildlands is the first military shooter set in a massive and responsive open world, according to Ubisoft. It's set in Bolivia, a few years from now where the country has become the largest cocaine producer in the world. It makes a nice change from previous Tom Clancy games like Advanced Warfighter or Future Soldier that take place in the more distant future.  "The Santa Blanca drug cartel has turned the country into a narco-state, leading to lawlessness, injustice, and violence. The Ghosts, an elite US Special Forces team, is sent behind enemy lines to wreak havoc and takedown the cartel," said Ubisoft.

So, what can we expect from Ghost Recon Wildlands? Let’s start with the environment. As mentioned by Ubisoft, the game is set in a huge and responsive open world, and is actually the first game to offer an open world with nine varying types of terrain, including mountains and deserts, and also includes its own dynamic weather system and day-night cycle. 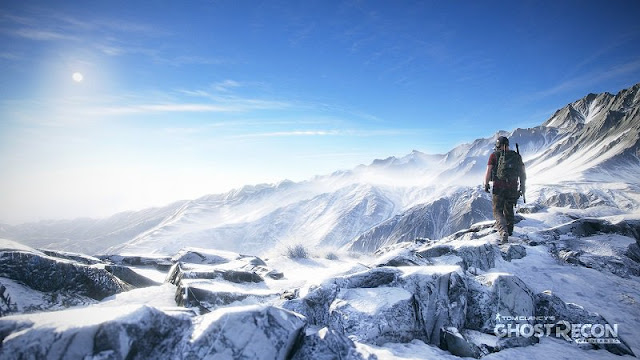 With open games, methods of travel are important – you don’t want to spend your whole time travelling between checkpoints, do you? You’ll be glad to know that Ghost Recon Wildlands will feature a range of vehicles and bikes will be available throughout the world, and will be driven by AI for a GTA-esque snatch-and-drive experience. Ghost Recon Wildlands will also feature a number of side missions, a feature that has been notably missing from previous Tom Clancy games.

So this is a bit of an odd one. Ubisoft has announced what we think might be a first: a companion documentary that will be released at the same time as Ghost Recon: Wildlands.

Simply titled Wildlands, the feature-length documentary digs deeper into the game's setting by exploring the real-life drug trade in Bolivia and the rest of South America, interviewing people from both sides of the ongoing war on drugs, including one friendly hitman who's allegedly killed more than 3,000 people.

There's no word yet on how exactly you'll be able to watch Wildlands when it comes out, but if you're interested in finding out more about the real backstory of the game, you can watch the trailer right here:

Ubisoft rounded out its E3 2015 press conference with the lengthy and dramatic official trailer for Ghost Recon Wildlands and you can watch it in its entirety below.

At Gamescom 2016, Ubisoft showed a new trailer for Ghost Recon Wildlands showing off the customisation in the game. This will include characters and weapons so you can "become an explosive devices expert, a sniper or a silent killer."

The company has also shown off its sense of humour with the game's latest live action trailer, 'The Red Dot'. It combines cats and videogames, two of the internet's great loves, and is a good sign that Wildlands won't take itself too seriously.