Among the things that Illumination Entertainment does differently from other major animation studios is they don’t produce art-of/making-of books for each of their films.

From a business perspective, it makes sense. Most art-of books don’t make their money back, have limited reach, and add unnecessary costs to a film’s marketing budget. But they do have intangible benefits, like boosting morale among studio employees and helping build stronger relationships with the studio’s most passionate fans. I might agree that it doesn’t make sense to create an art-of book for every film, but perhaps Illumination could publish an anniversary art-of book at some point. Their tenth film is coming up in 2019, while 2020 will mark ten years since the release of their first film. Both of those dates seem like ideal milestones.

Until that happens, here’s a little secret: a number of Illumination artists share their work online, including Illumination’s key production/character designer Eric Guillon. His elegant and appealing designs are, in our estimation, a major reason for why the studio’s films have been so successful. Guillon recently did an art dump for Secret Life of Pets on his blog, and promises another one for Sing.Here’s a few of the pieces: 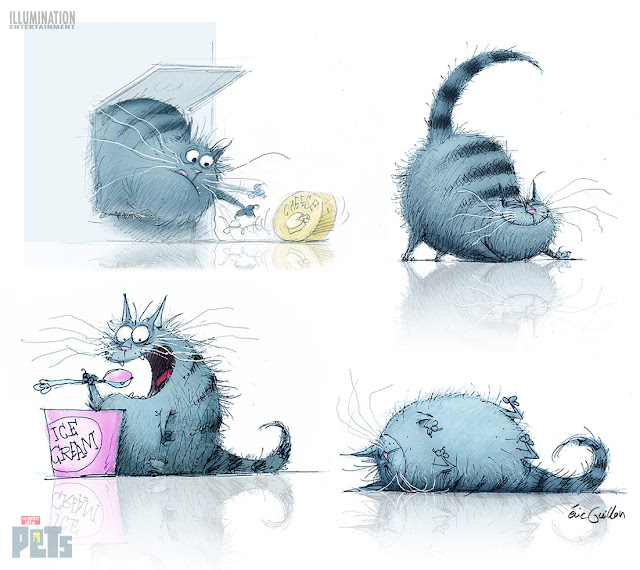